Home / Are there safe markets to hide in if US markets decline?

Are there safe markets to hide in if US markets decline?

One of the questions that came in from my “Ask me anything” blog was from a reader named Paul. He asked if all markets are so correlated that an event happening in one market will always ripple into all others. He was specifically referring the Brexit situation, but it’s a broad question really. Stuff is happening all over the world (tsunami’s, elections, terrorist acts, debt implosions, etc) that seem to have impact across the world.

I took the time to do two studies…a correlation and comparative relative strength (CRS) study… on most major markets across the world. I compared these markets to the S&P 500. I examined 24 major market indices (two were frontier and emerging markets collective indices) with long termed (monthly) charts.

Understand that the SPX has been in an uptrend for a decade. As such, you are not going to find periods where the SPX fell and another market climbed – at least you wont find sustained negative correlations . You will only find when a market did NOT rise along with the SPX. Such cases indicate non-correlation. Thus, we can extrapolate that to mean that if the SPX finally does go into a tail spin, the markets that have displayed meaningful negative correlation to the SPX in the past may have some potential to move in another direction (i.e. up, sideways, or less negatively).  We don’t have proof of that yet, but the markets that do offer strong periods of negative correlation may be something to keep on our watch list if the SPX loses the magic.

Of the 24 markets studied, 8 of them illustrated some periods of meaningful negative correlation. I’ll highlight the charts below, with their negative periods highlighted by trendline. The pane below the price chart is the correlation line – when it is declining, the correlation is becoming negative. The bottom pane is comparative strength to the SPX. Some are more significant than others. I won’t put a comment below all of the charts as its pretty easy to see my thoughts by noting my trendline. 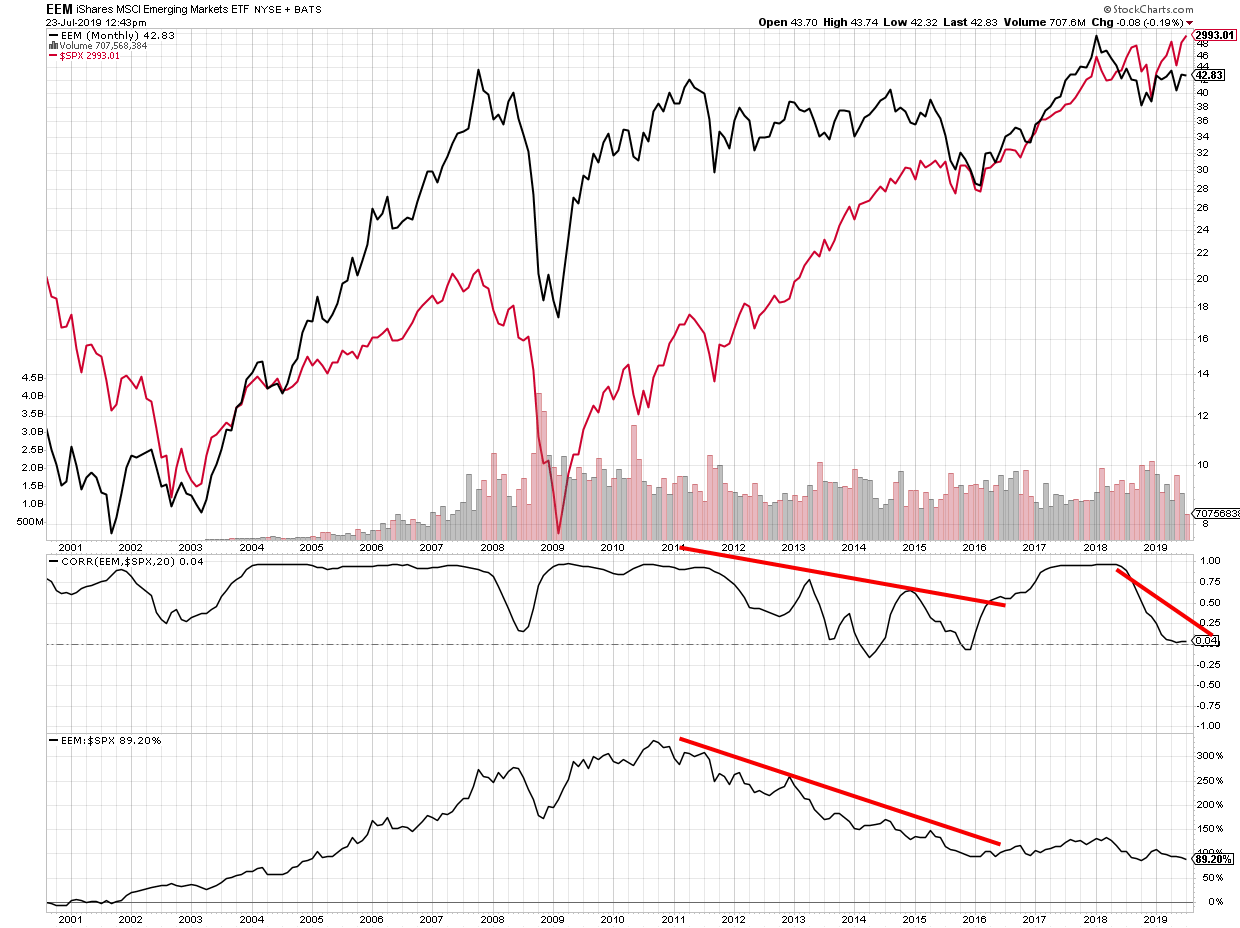 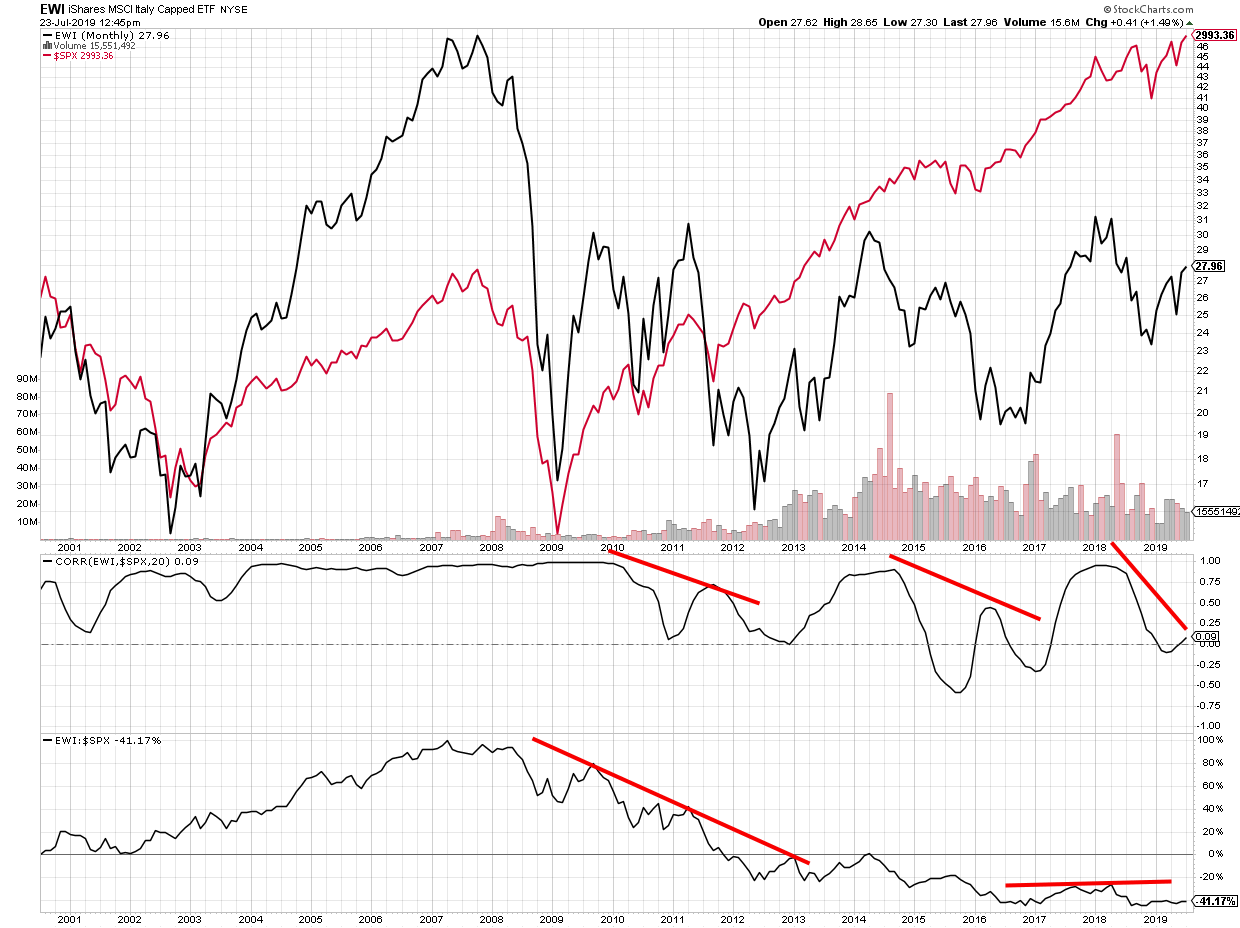 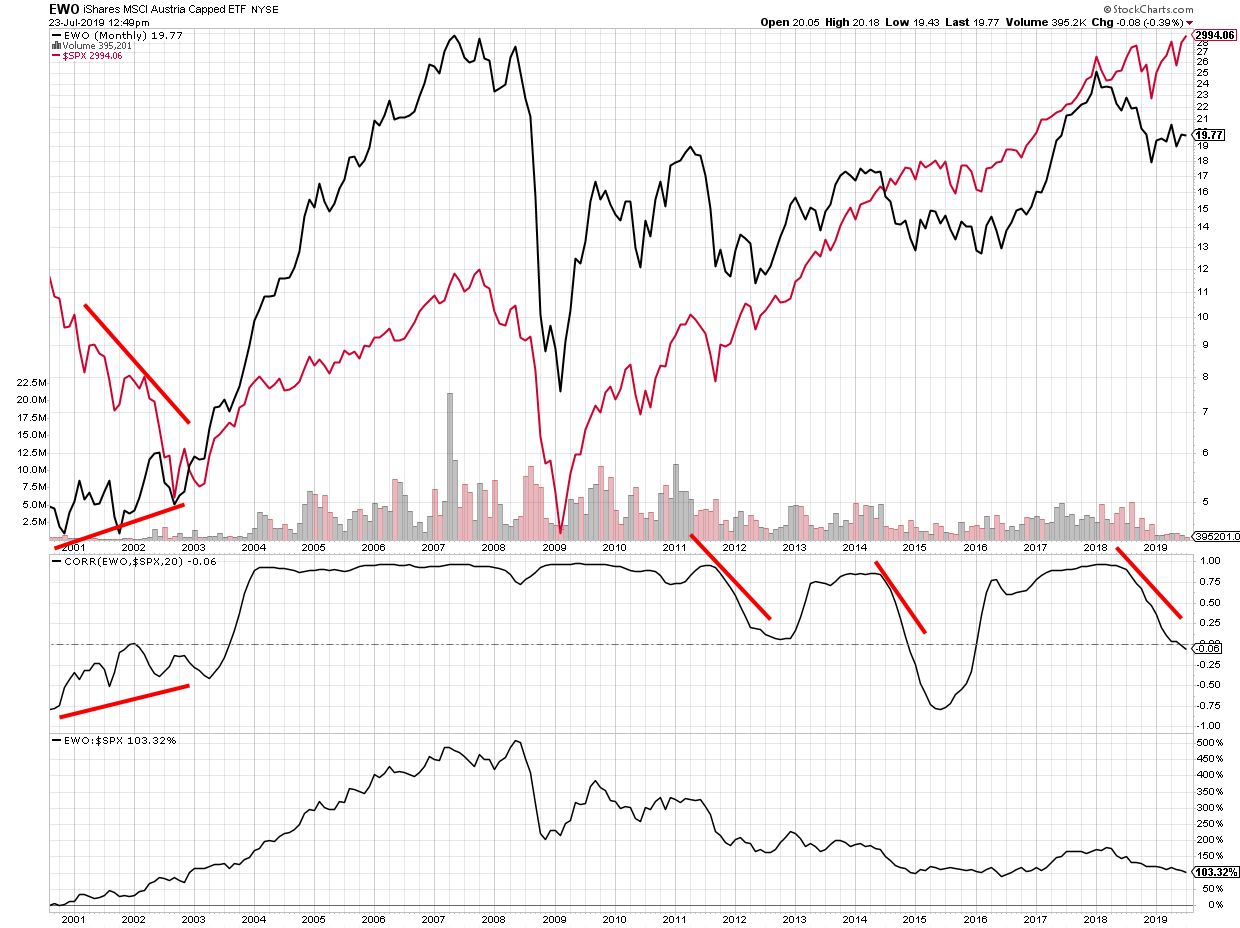 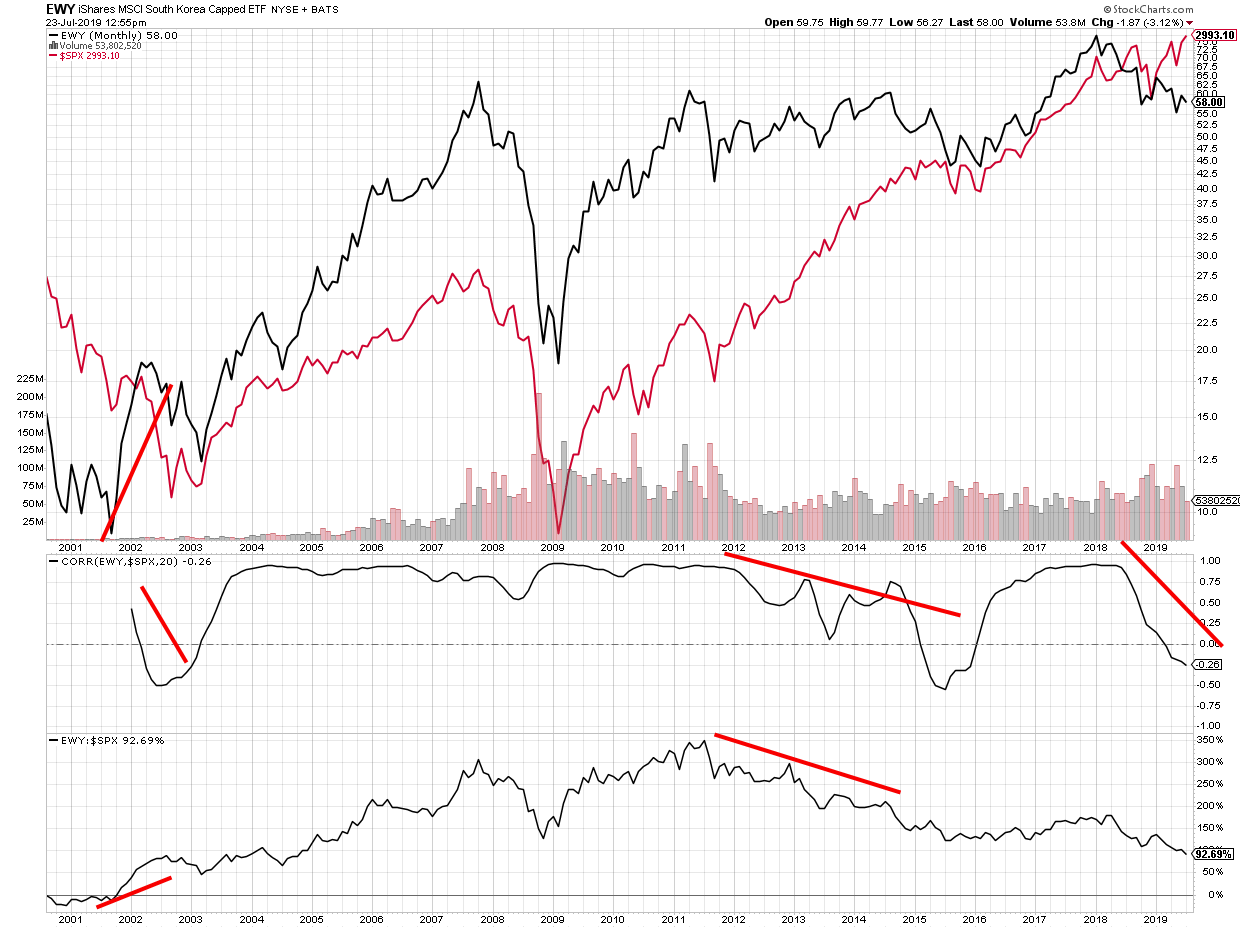 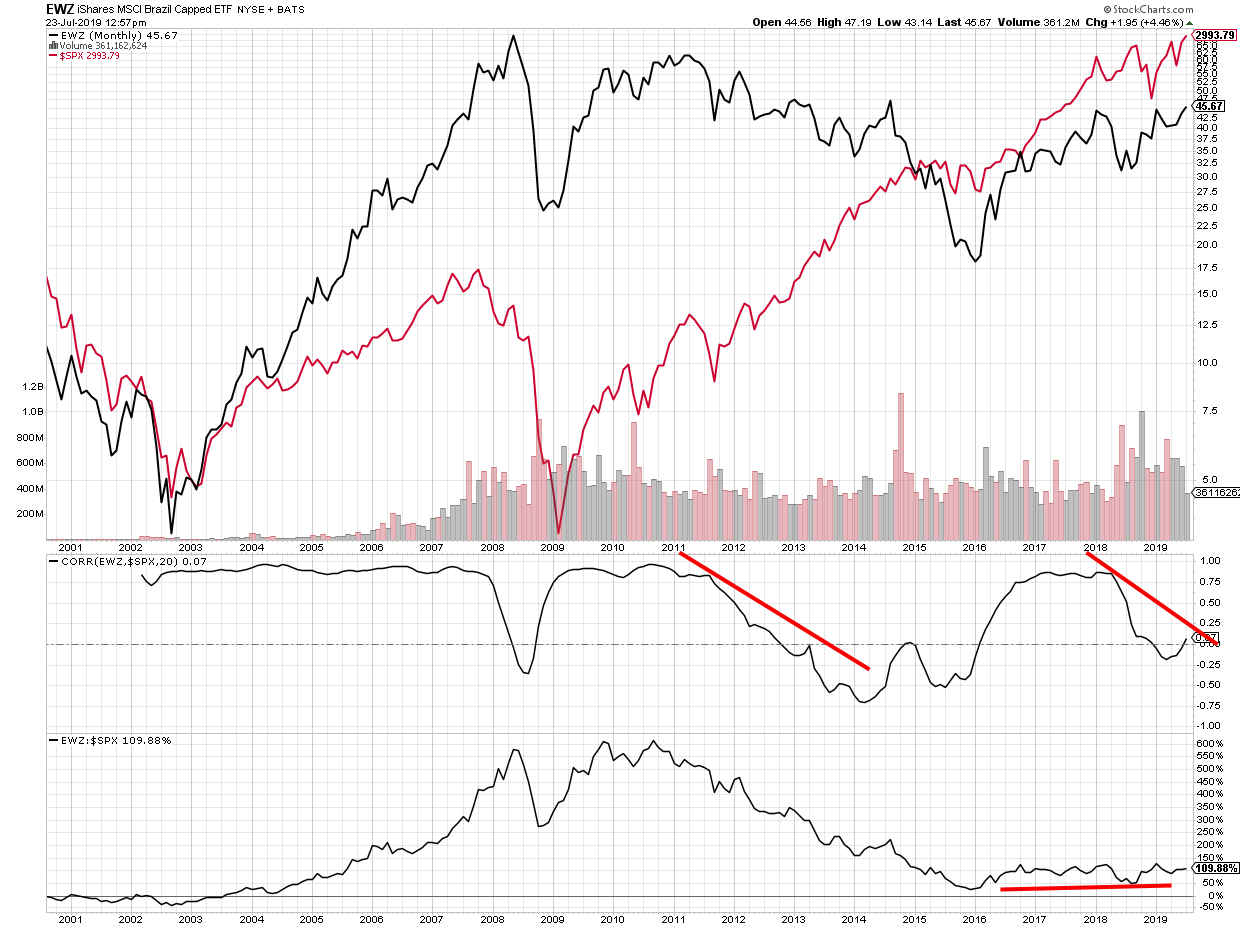 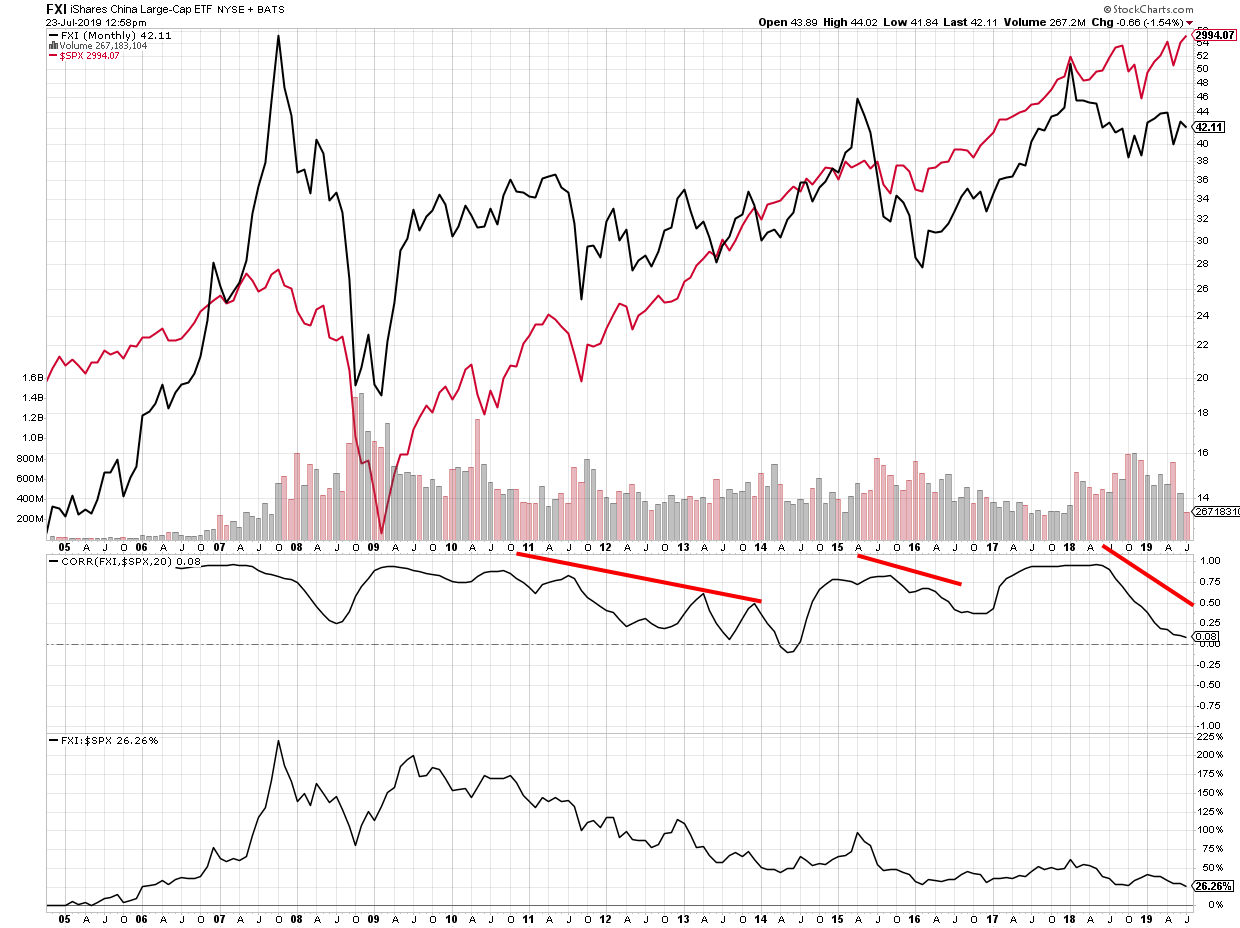 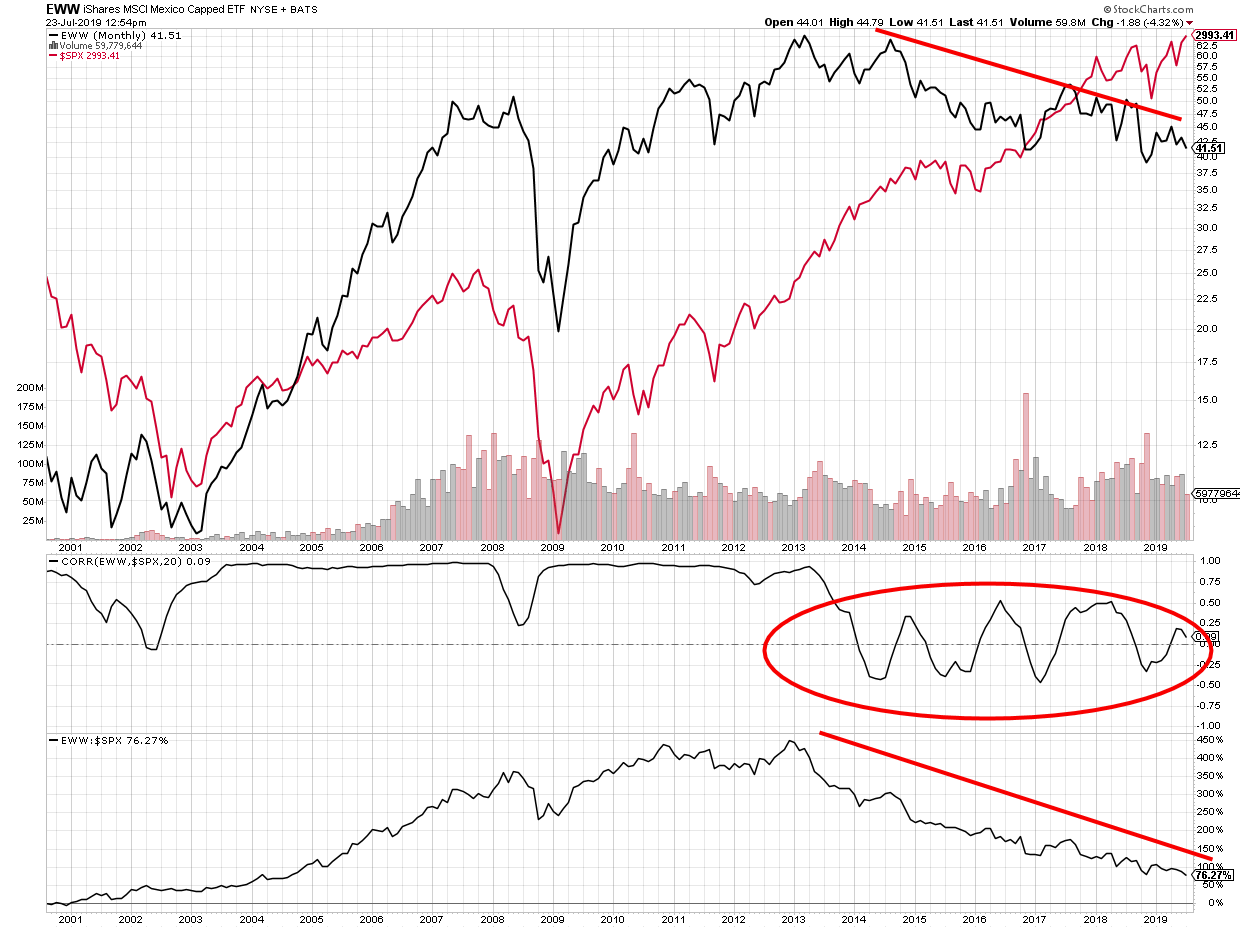 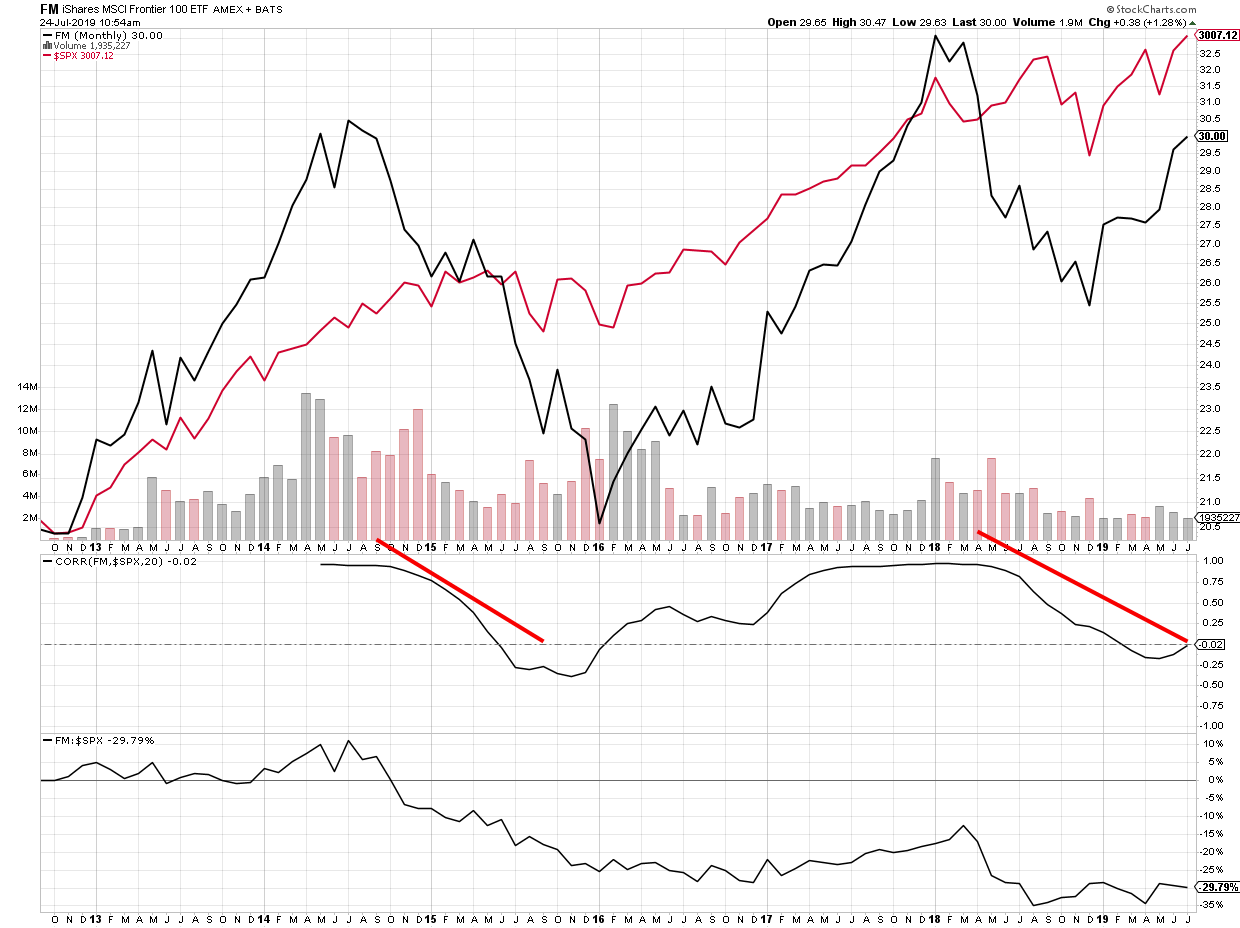 The UK—which was the driver behind Paul’s question – has been very strongly correlated with US markets in the past. You can see that via a very flat correlation line through most of the left side of the chart. That relationship has changed with Brexit (since 2015)—so it may in fact be less of a threat to US market strength as people think. However, that correlation may be that it declines more than the US markets even in the case of a US meltdown–you can see the declining trend of CRS on the bottom pane. 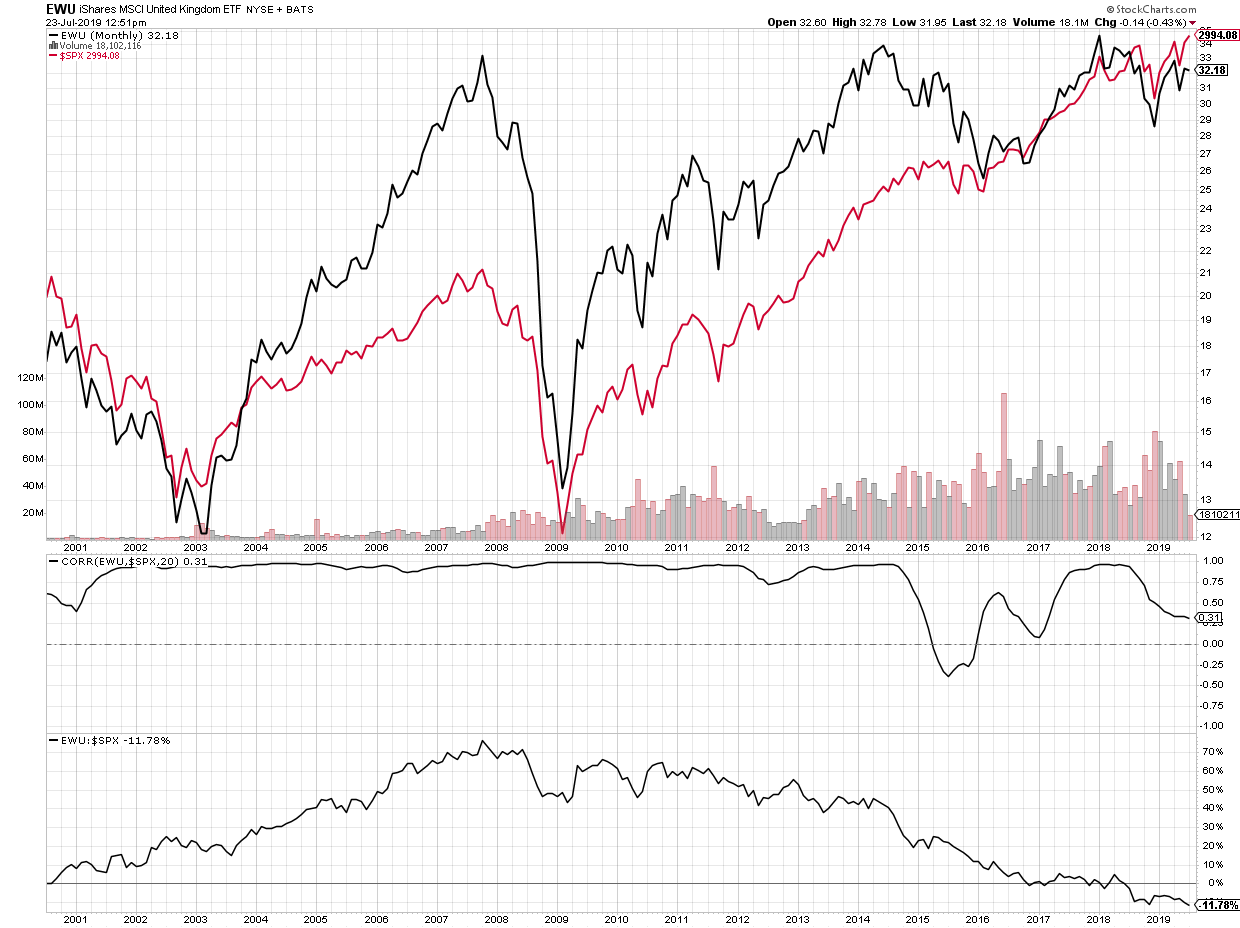 So there you have it. These markets possibly offer some non-correlation to the US and most world markets – keep them in your watch lists for future consideration.

NOTE THAT I WILL BE ON VACATION DURING THE WEEK OF JULY 29TH – SO I WILL NOT BE PUBLISHING A BLOG OR DOING RESPONSES TO COMMENTS THAT WEEK.