I’ve noted recently that the outlook for oil is bullish, despite the potential for a neartermed overbought pullback. The chart below shows us that while momentum is a bit overbought, we might expect an eventual ride up into the $60  (2009 neckline and early 2015 resistance point) area as a target – perhaps into the fall when the second period of seasonal strength (July-October) comes around for energy (Source: Thackray’s Guide). 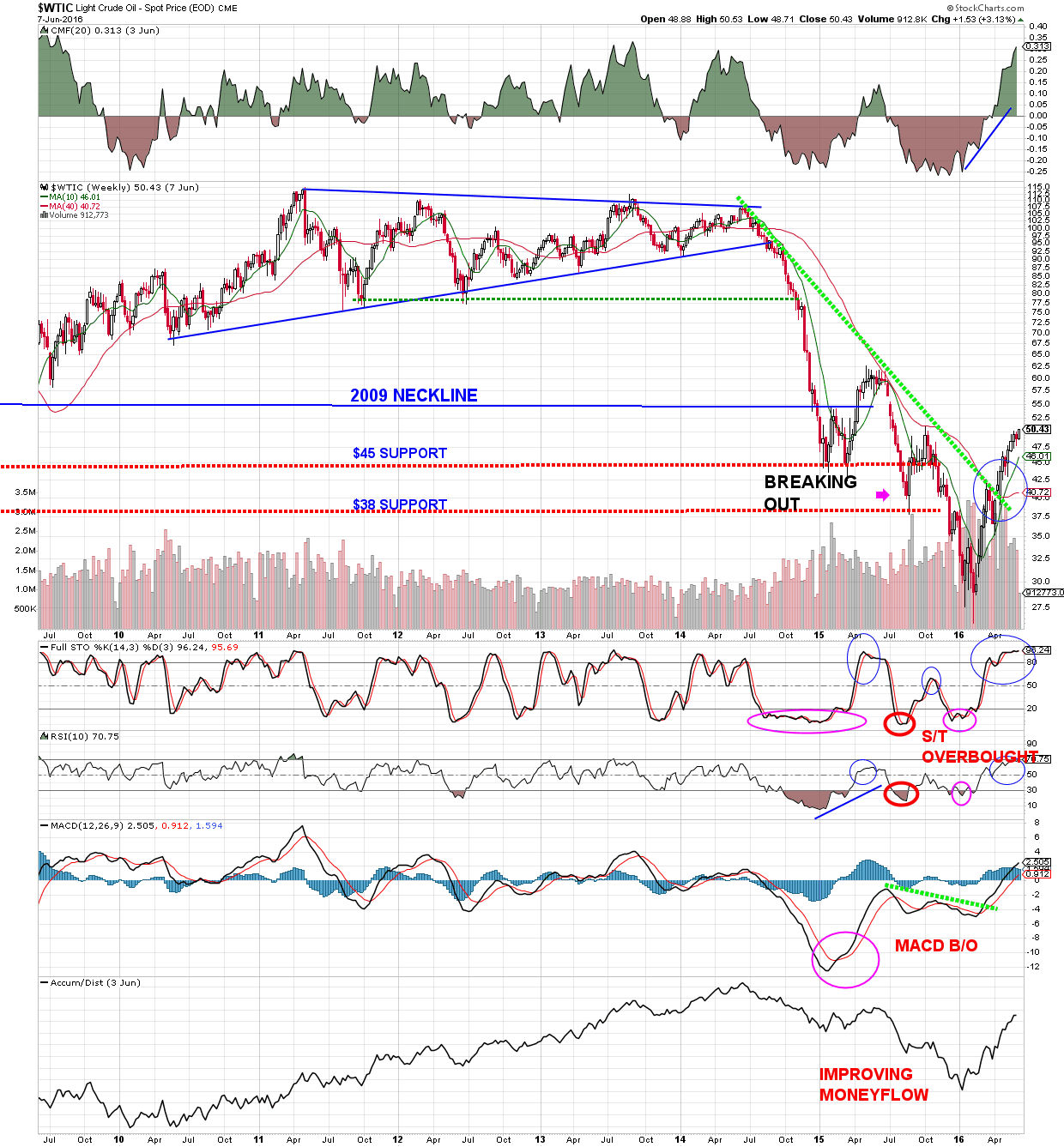 The traditional way to play oil is through an ETF that represents a direct commodity play, such as USO-US – which happens to be one of the most widely traded ETF’s in the world. You can also play the producers via your favorite oil stocks, or an ETF representing an index such as iShares XEG-T –which we at ValueTrend hold a position in.

Another indirect way to play the oil trade is via a Canadian orientated higher yield bond. The iShares Hybrid bond ETF XHB-T holds about a quarter of its portfolio in energy names – along with financial and real estate names which hold further exposure to the west coast. If you believe that the outlook will continue to improve for energy- this may be a more diversified way of trading that potential. 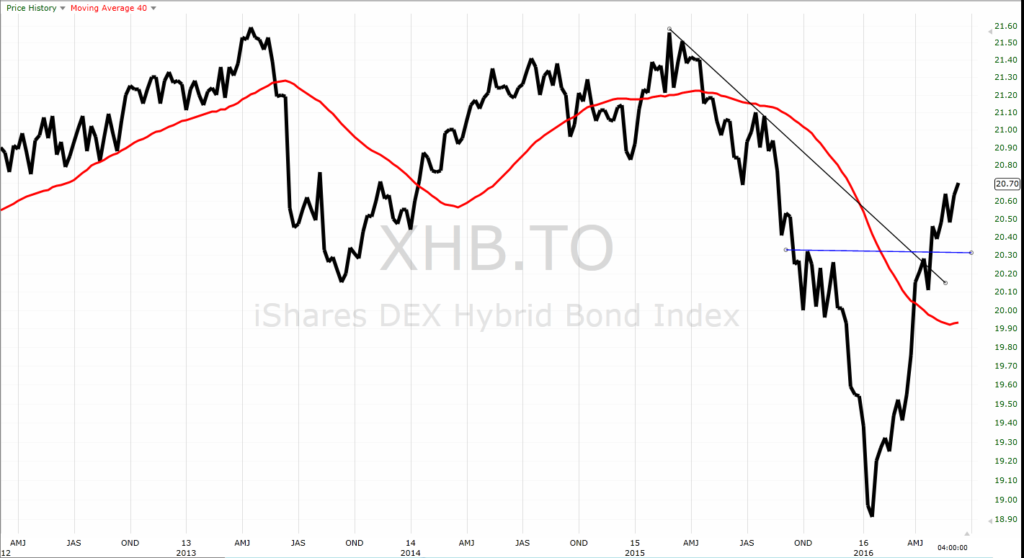 I’ve used a chart (above) from www.freestockcharts.com to illustrate this ETF.

Stockcharts.com tends to morph the dividends of a higher yielding investment such as XHB back into the price—thus one cannot see the relative support/ resistance lines as accurately as I would like. The chart above shows us that there is some significant resistance ahead in the $21-21.50 range for XHB. This 5% gain potential may not appear to be huge upside, but combining that with the 4% yield on the ETF might make income orientated investors take a second look.

We're into the home stretch, baby! Today's questions are being bundled together, given that they both focused on commodities. Before going to the charts, let me again thank all question-posters for END_OF_DOCUMENT_TOKEN_TO_BE_REPLACED

We're back with part 2 of the Ask Me Anything Answers from last weeks blog. Lets get right to it. Divergences Tesjinder asks if I have a preference for daily vs weekly charts when looking at END_OF_DOCUMENT_TOKEN_TO_BE_REPLACED

Wow! Once again, an overwhelming response to the Ask me Anything blog. Huge number of questions. A few of which I had to answer in the original blog post given that I wasn't able to answer the END_OF_DOCUMENT_TOKEN_TO_BE_REPLACED