An actionable idea for inflation protection

I’ve been harping on inflation since September of 2020 – when I began pounding the table on getting OUT of high growth stocks and INTO commodities. You know this if you read my blog regularly, and you are richer for it if you followed my suggestions of adding oil and metals to your portfolio back then. Hey, I’ve always got your backs, folks!  It’s no mystery to me why inflation is at a three-decade peak – and likely to test 7% soon – despite the ever-flowing stream of lies and nonsense coming out of the mouths of governments denying its reality and its consequences. After all, they want to continue pounding out their MMT (free money for everyone, worry about the debt later). As I’ve noted in past blogs, there is an urgent need for spendy-governments to propagate the “transitory” theory of inflation. They do this because to admit that inflation is real, is to admit you need to stop the borrow & spend cycle. And left-wing governments like we have in the USA, EU and Canada must live up to their lofty spending promises. So admit it, they will not.

Inflation in this environment is pretty much a done deal: Policymakers are only tepidly tightening money supply. They continue to provide stimulus to juice demand and reduce unemployment at the exact same time that the pandemic is clamping down on supply!  Too much demand chasing too few things, and a supply-chain that can’t keep up  demand….can you say “inflation escalation”? 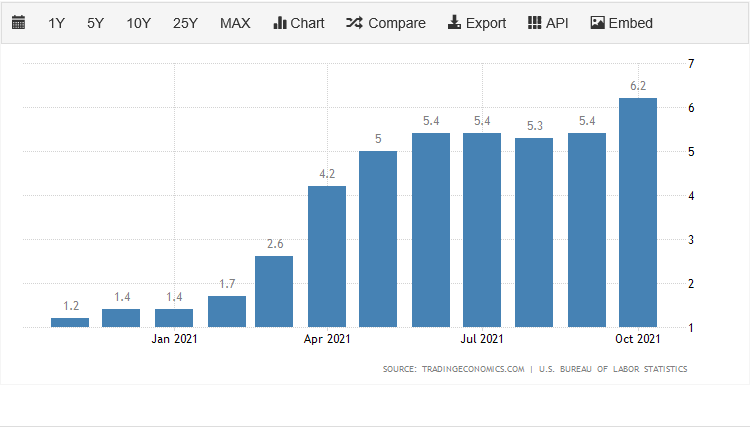 But wait….there’s more! The U.S. government delivered half a trillion dollars of rebate CQ’s earlier this year, most to households that never missed a pay cheque in the pandemic! Canada did the same thing with the CERB CQ’s. My son-in law works in a prison. Many prisoners received CERB CQ’s (income replacement for prisoners…. who have a SIN # but don’t have a job….). The prison had to pile their plethora Amazon purchases in a special room. What fun to be a criminal! We have had a labor shortage over the past year where getting a job is more accessible than ever, but the CERB & “stimmi”- CQ’s are only just now ending. Gee – I wonder why we have a labor shortage? The resulting build-up of personal savings, the influx of money supply, and the spending of this “free money”  will have a lingering inflationary effects. This – added to the uber-sticky wage inflation that I have noted in past blogs. So – have governments elected to aggressively raise rates from their mega-low crisis levels? Are they making wise decisions to gain control of spending and debt before its too late? Heck no!!!…After all…inflation is transitory…remember? 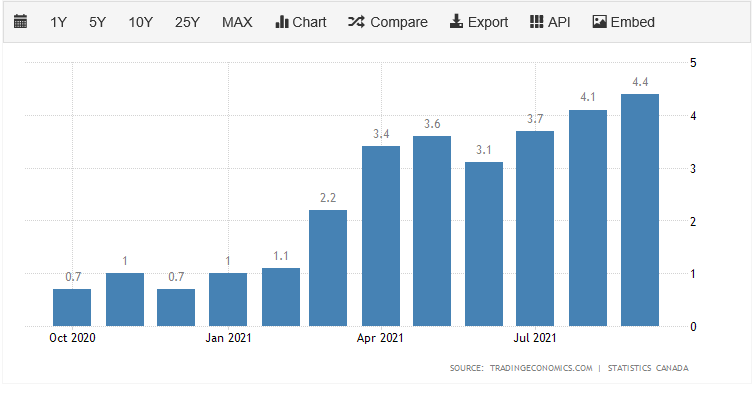 OK – rant over. Beyond commodities (which I truly hope you own), are there any other instruments to consider for combating inflation? Well, I produced a video on gold and silver last week. I recommend you watch it. But I have another idea for you to consider as well. That is, inflation-protected bonds. These bonds, typically called “Real Return Bonds” (RRB’s) are not so much for growth investors when compared to equities or commodities. But they certainly can fit into a fixed income portfolio. Here’s how they work -according to finki (Wikipedia financial knowledge site):

“At the date of issue, RRBs have a nominal coupon rate plus a base value of the consumer price index. Thereafter, both the principal and the coupon are indexed according to the CPI. The effect is that both the principal and interest pay in constant dollars (as defined by CPI indexing), thus providing protection from future inflation. Because the inflation indexing of the capital results in deemed income from individual bonds with no cash immediately received, they should be held in tax sheltered accounts.”

You can buy the bonds directly, or you can buy an ETF that holds a portfolio of such bonds. iShares has one (XRB) as does BMO (ZBB) for Canadian bonds. The XRB chart, shown below, suggests that RRB’s broke out of a range in 2020, and have entered into another trading range. Current price is in the middle of the range, which isn’t a terrible place to buy. A breakout through $27 would be bullish. A pullback to $25 might represent a place to add to positions.  Obviously, the risk of these bonds lies in the potential for inflation to trend substantially lower over the time you hold them – a possibility if you believe in the integrity of  your local government’s inflation statements. You know where I stand on that.