Home / Airlines: a contrarian opportunity or a sector to avoid?

Airlines: a contrarian opportunity or a sector to avoid? 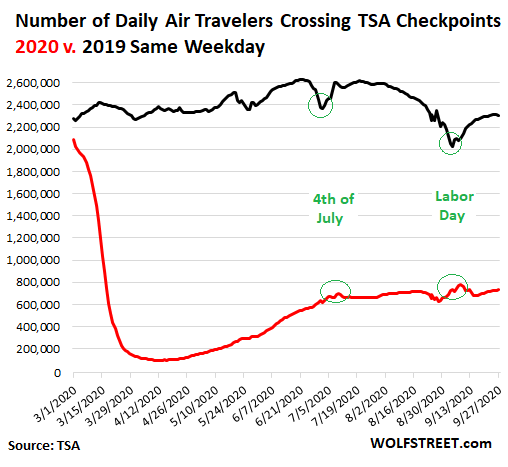 Here’s a chart illustrating passenger traffic at airports since the COVID crash.  I took it from a Wolfstreet.com article in late Sept. focusing on the proposed airline bailout. Note that airline passenger attendance is down in the same period year-over year (red line), but interestingly, didn’t see the same drop-offs in travel on July 4th and Labor day as in 2019. Not sure if that means anything, but its a talking point. The author of the article is non-too-kind to the management of the airlines, even taking into consideration the COVID crises and its effect on airline passenger traffic. Whether you agree in airline mismanagement or not, there’s no doubt that the industry is struggling right now. I would be surprised if the industry didn’t negotiate some sort of second bailout soon. Its a bit like the “Too big to fail” banking crises of 2008. Damned if you do, damned if you don’t, I guess.

Not being a political analyst, I thought I’d be best to look at the industry from a technical perspective (and not comment on the bailout) to see if its reasonable to consider a contrarian trade here. Perhaps if the industry gets the second injection of $25BB that they are asking for, we might see a pop in their stocks. Or not. Perhaps the airline ETF “JETS-US” can give us clues. 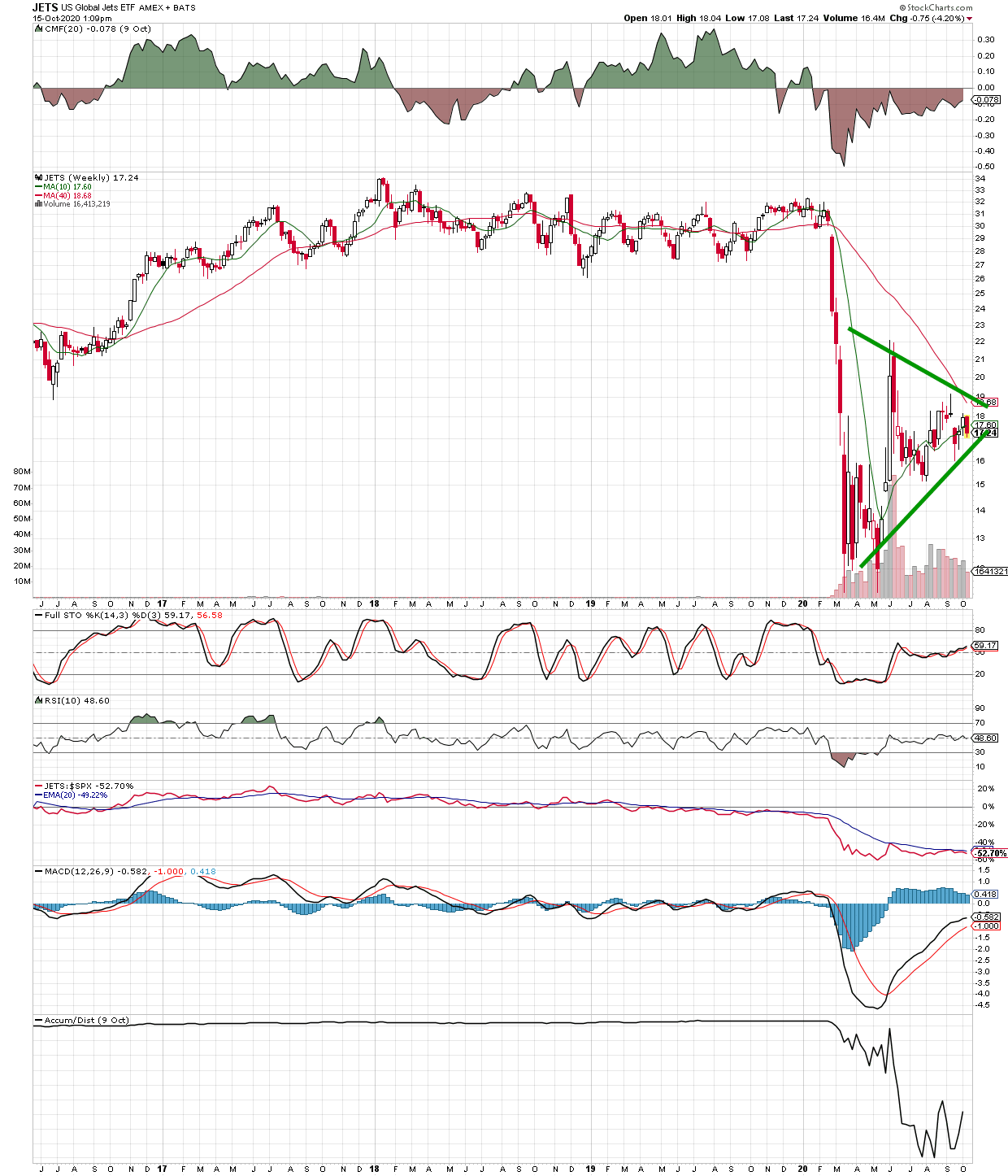 The weekly chart above tells us that the airline sector is consolidating in a symmetrical triangle. This means that “nothing happens” until that triangle is broken out to either the upside (good news) or downside (bad news). Momentum indicators are dead flat. Typical for a consolidating chart. They offer no clue. The only bright spot might be moneyflow. The bottom pane shows a reversal in moneyflow into this ETF. The top pane is a momentum indicator of that moneyflow. You can see that its rising. A crossover through the zero line might indicate a breakout has started or is coming soon.

Unlike oil and marijuana as contrarian plays, which I have mentioned over a few recent blogs as a potentially attractive areas to consider – the airlines are not illustrating the chart pattern that would inspire a contrarian play right now. A breakout might change my mind on that play. Buying this sector is an outright bet on the bailout, and its effectiveness. Not a bet I am willing to take just yet.