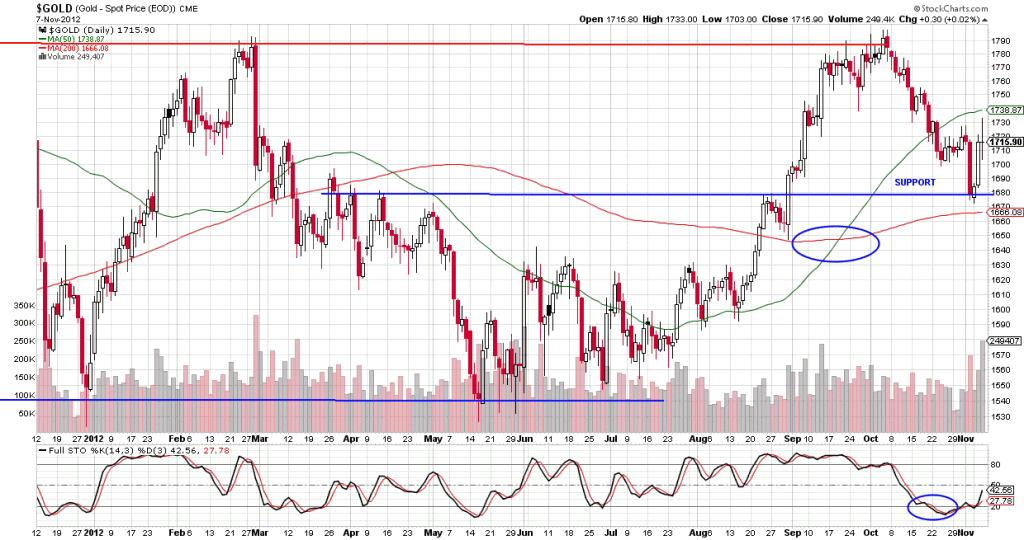 Perhaps two of the most watched commodities out there are oil (due to its significance to the economy) and gold (which has become far more in focus to investors as a defensive play). Technically, oil looks unattractive at this juncture, while gold looks bullish. Let’s take a look at the charts.

If you follow this blog, you know I’ve probably spent more time talking about gold (and silver) than I should. But the trading for this commodity has been fairly profitable for me in the portfolios I manage, given what appears to me as a fairly readable chart. In my last gold update (https://www.valuetrend.ca/?p=1527 ), I noted that gold would fall into a technical “buy” zone somewhere between $1680 support and $1700. I advised that we should consider a trade on a stochastics hook-up and crossover. Gold reacted as expected, and bounced off of the $1680 support right on schedule. I confess that I bought at just over $1700 on the stochastics hook that took place the day before its $1680 support bounce – but I’m satisfied with my entry point. Two things that I’d like you to note on the gold chart above:

Gold looks to be a reasonable bet for a rally to at least its last resistance point of $1800. 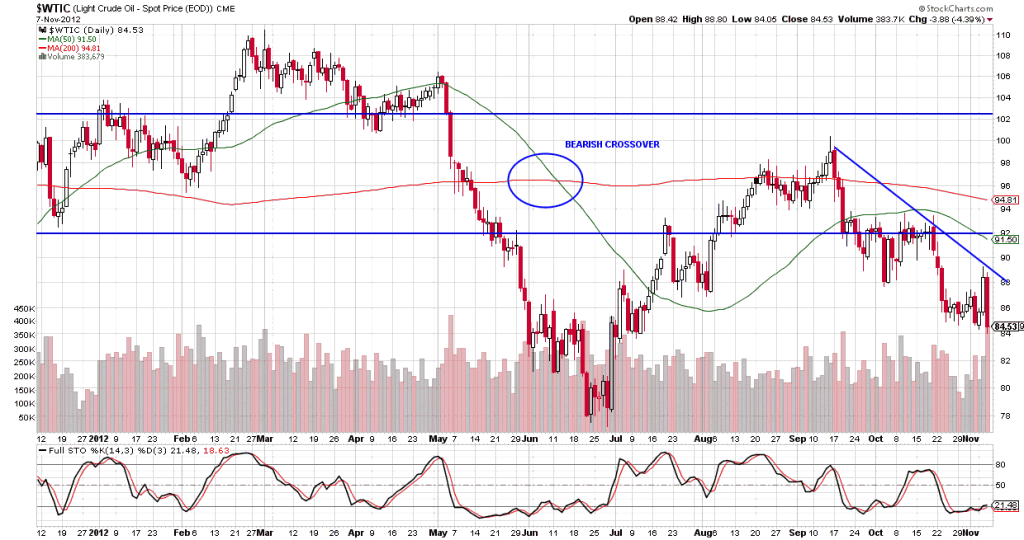 I’ve also covered oil a few times in recent blogs, noting that the chart is in a bearish trend (https://www.valuetrend.ca/?p=1533 ). We can compare the chart of oil with that of gold, and see a much more bearish picture in this commodity. Here are a few points to note on oil:

While there is a chance for some sort of oversold rally in the near-term for crude, the bigger picture for a more meaningful upside remains doubtful at this time.

The Bear-o-meter read a cautious "2" last month. That reading on June 9th  turned out to be a decent reading, given the volatility we have seen since then. The arrow on the SPX chart below shows the END_OF_DOCUMENT_TOKEN_TO_BE_REPLACED

"Growth" stocks appear to be rather overbought when compared to their "Value" stock siblings. The chart below is that of the iShares Morningstar large capped growth index ETF (JKE). Its top holdings END_OF_DOCUMENT_TOKEN_TO_BE_REPLACED

Equal weight indexes give the same weight to each stock in the index.  Both small and large companies are given an equal  "importance" in the index. Most indexes are not the equal weight type. For END_OF_DOCUMENT_TOKEN_TO_BE_REPLACED