3 sectors worth watching & playing the odds

I’d like to reference a couple of books that I’ve been reading lately that might be helpful in making stock market profits. The first book is Nate Silver’s “The signal and the noise: why so many predictions fail, and others don’t”

While there are many lessons to be gleaned by this book, perhaps the most important is the need to keep objectivity the prime goal when making predictions. This is harder to do than to talk about.

Another interesting point in the book is that many studies, such as weather patterns, economic predictions, baseball wins and stock market seasonal patterns are at least somewhat statistical. Hence the reason your favorite weather station provides probabilities of precipitation, rather than absolutes.

Normally, you should pay attention to a potential weather event when the probability is high – i.e. carry an umbrella if its 70% likely to rain. As you know, such a forecast doesn’t guarantee it will rain. In fact, the factor of objectivity is actually not as well practiced in weather services as you may think. According to the book, independent weather services actually forecast a bias towards higher rainfall probability…they will suggest 20% chance of rain vs. their data which predicts a 10% chance. This is done to cover their butts, so to speak, given the fact that people are usually more upset about a failed rain prediction than a surprising lack of rain. 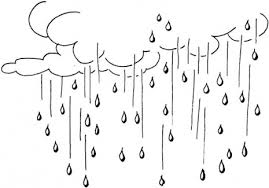 Similarly, if there is a probability of a weaker stock market from May to November, we may wish to reduce our risk in some manner (carry an umbrella, so to speak). Like the weather service, we must keep in mind that the odds can still work against us – we have some probability of markets being stronger in the summer. All forecasts are probability orientated. Thus, if one plays the seasonal odds over time it usually pays off. It is for this reason that I have raised cash every spring by varying degrees, knowing full well that I won’t always be right.

The other book I’ve been reading is Rob Yeung’s “I is for influence: the new science of persuasion“. This book’s first chapter deals with my single favorite subject within technical analysis: crowd behavior. The book describes various scientific experiments where individuals were influenced by crowds, despite obvious contrary evidence. For example, planted psychology students would pretend to be participants in a classroom where various puzzles were presented to the class. The planted students, who outnumbered the one real participant, would start off by answering questions correctly to build up a level of confidence in the participant. But as time progressed, they began to unanimously call out incorrect answers. The real participant, afraid to be wrong, would agree with the crowd. They even justified the wrong answers in their own minds to agree with the rest of the students.

If  little evidence is available to make an accurate decision, individuals are more likely to step in line with the crowd. Our brains are hard wired to learn from infancy by copying, and evolution has driven us to operate as a social species for protection and development. You’ve seen examples of wrongly following the crowd many times on the stock market (tech bubble, commodity bubble, income trust bubble, real estate bubble….). On a less consequential basis, sometimes the crowd can drive a sector to a point where, while unlikely to implode, future profits may be limited.

Right now, certain underappreciated sectors by the crowd may be basing – and ready to move up. The crowd may be herding away from an opportunity, without applying independent judgment. For example, while not yet ready to buy, keep an eye on for a bounce off of support of the following out of favor sectors:

Looking like it’s trying to put in a bottom is the TSX global gold sector (XGD-T), along with the materials (XMA-T).

Agriculture commodities, as illustrated by the ETF (DBA-US) may be in the early stages of a base.

Individual stocks within these sectors are worth watching as well-Potash-(POT)-T comes to mind. Its above its 50 & 200 day MA’s, and its trying to break a gently sloping downtrend channel. Give it a while to prove itself.